Orders placed on Rakuten will automatically be imported into Shopify allowing merchants to manage and fulfill their inventory from one central place.

When orders are imported into Shopify, the currency is automatically converted from ¥ to the store currency.

IMPORTANT: FX conversion is purely an estimate and will not be the actual settled amount.  This will depend on your bank 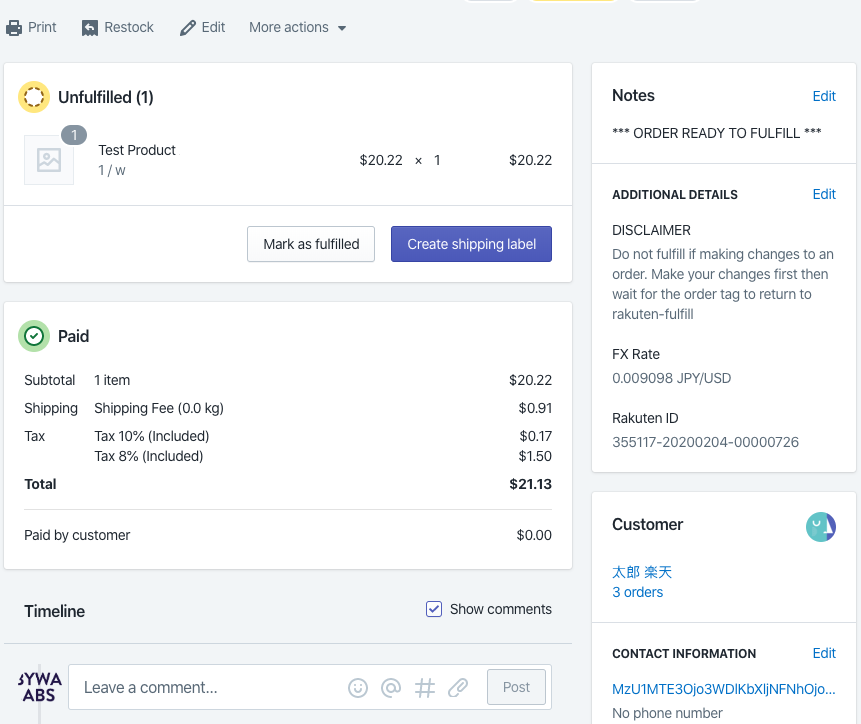 The image above is a sample order that was imported into Shopify from Rakuten.

The notes section details out important information regarding your order.  The following information is included:

The best way to access orders from Rakuten that are ready to be fulfilled is in the Rakuten sales channel main page in the "Orders" section.

Did you find it helpful? Yes No

Send feedback
Sorry we couldn't be helpful. Help us improve this article with your feedback.